By Breezy Says May 15, 2017
Over the last year, CLYDE KELLY has made huge strides in his career - most notably with his Kountdown (Lil Wayne, Bryson Tiller) produced “Magic” which has racked up over 700,000 plays on Spotify as well as commercial radio play in the US and Canada. His debut Album Not Rich Yet included notable features from Michael Christmas and Rome Fortune, as well as production from Toronto-based producer D.R.O (Felly’s “Desert Eagle”.) His first two singles from LRx, “Money Valentine” and "Need U (in my feelings)" were well received by fans, already accruing 300,000 cumulative streams across Soundcloud, YouTube and Spotify since their release earlier this spring. With "All Good," CLYDE KELLY explores love and empathy as he follows a female protagonist named Rachel in her pursuit of happiness. Here’s what CK had to say about the inspiration behind “All Good:" 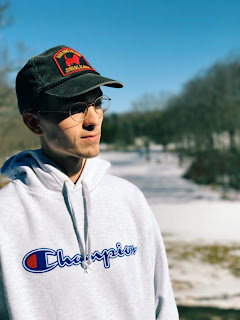