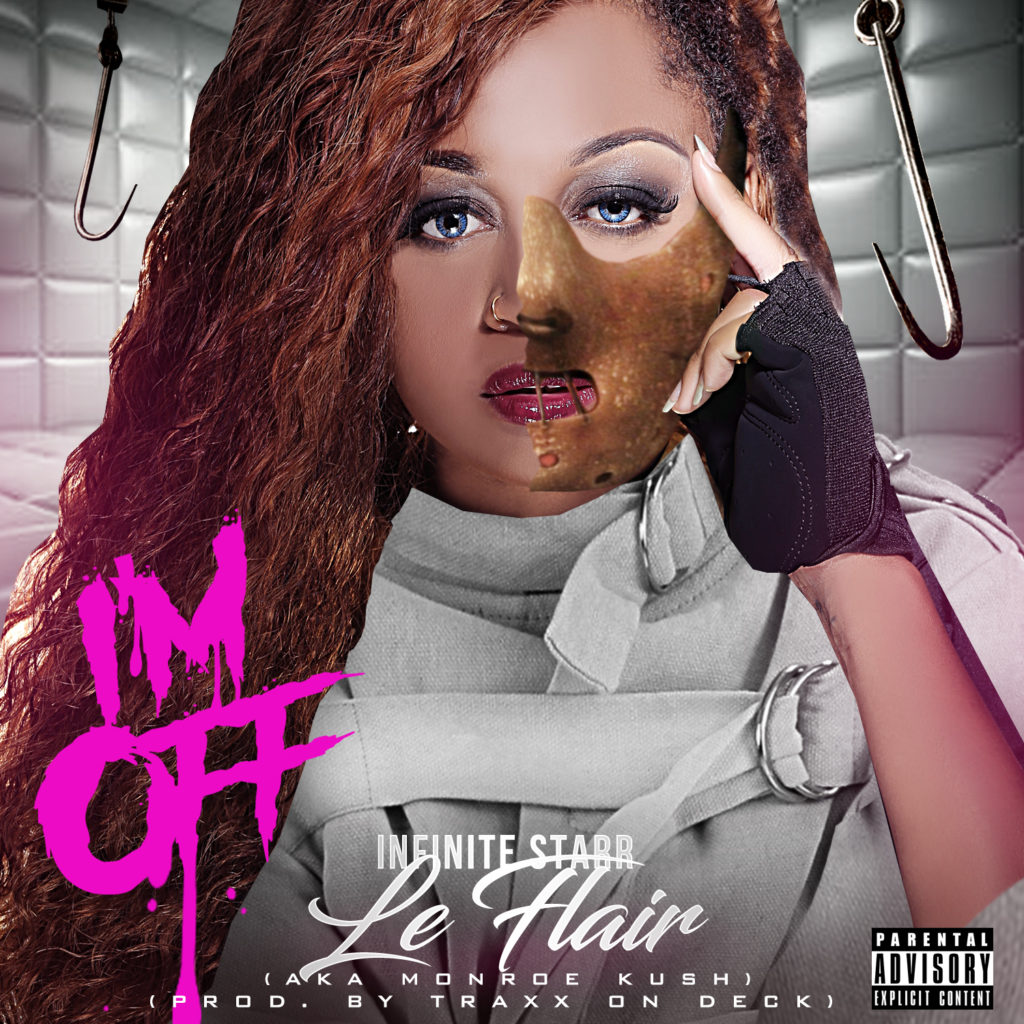 Since its unofficial release last April, the single has grown legs on its own and caught on like a raging wildfire. In a handful of months, it has been featured on the top six hip-hop mixtapes in the country, enjoyed more than half-a-million online streams, boasts over 100,000 physical downloads and is spinning in mixshow rotation on several select radio stations across the Mid-South.

Killing them softly with biting, bitter/sweet vocals over menacing, mid-tempo production and hypnotizing chimes, the momentum continues to grow. And Infinite has no plans of letting up any time soon.

“I’ve gotten so much attention for my music because I’m not afraid to experiment with the music and create my own sound,” she reveals. “That’s how I’ve been able to grow my own fan base organically. A lot of people are looking for a female artist to fill that creative niche.”

Fulfilling that “niche” is exactly what she has been doing since dropping her smashing debut mixtape Bi Mi Self/Gotta Be Me in 2006. Since then, she has built her brand from ground up with more than a dozen mixtapes, numerous awards and fans across the South and East Coast.

Last year, she set the industry on its ear as host of Strictly 4 Traps ‘N Trunks mixtape entitled Mississippi Edition, featuring exclusive music from Def Jam/ Universal artist Big K.R.I.T., as well as many of the state’s brightest underground talents including Joker 2 Cold, Lil Mal, Kamikaze and Hollywood Luck, among others.

She also teamed up with rappers Sachmoe Phlanagan and Archangel for a sizzling hot collaborative project Jack Of All Trades Street Tapes Vol. 1. The 16-track mixtape is presented by Traps-N-Trunks, DJ Bigg V and DJ 1200 and includes special appearances by DJ Scream, Zaytoven, DJ Winn and comedian JJ Williamson of Johnson's Family Vacation.

Continuing to keep the momentum going full speed ahead, she continues to top herself with latest banger “I’m Off” and is readying the release of upcoming EP Eight Talk, scheduled to drop summer 2018.

“My whole career has been based off grinding and selling CDs,” Infinite admits. “I grind. I have only one goal in mind, and that's showing the world that I was born to do this!”