Disidentification Ep. 0 marks the first half of an album by multi-platform vigilante artist and musician NEO 10Y.

By Breezy Says December 09, 2017
Constructed hyper-reality sound and cinemascope with tracks charged by a trifecta of society, ego and sex and sonically "akin to an orgy with Lenny Kravitz, Lana Del Rey, and Grace Jones". The record produced with luscious and hypnotizing cinematic base (hii.de, Sebastian Bartz, JEZTLS) fused with grunge and suspenseful but diverse vocal and language range. The rapper, poet, singer, (out)spoken word artist and deviant, birth name Nik Thakkar, delivers an intricate and fascinating narrative of stories and hooks that stay in your head long after impact. NEO 10Y delivers a hypnotizing sense of sex appeal fused with intricate ideas and mind-altering thinking with the first half of Disidentification. 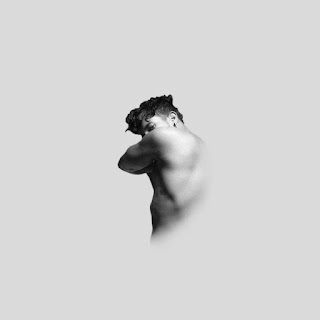 The visual for DOUBLE is set on solitary confinement on Mars and sees a brilliant acting performance and duality construct come to life in a very intense way playing with the idea of the id (Nik Thakkar) and superego (NEO 10Y).
WATCH DOUBLE HERE:

NEO 10Y is a politicized artist transforming relevant social narratives into progressive recorded art and moody intelligent tracks that fit well on current playlists with anyone from 21 Savage to Woodkid, Perfume Genius to Sza, Future to Mykki Blanco to The Gorillaz to Jamiroquai to Majid Jordan. The release follows acclaim from Billboard, Interview Magazine, and Afropunk, with his music, was played at a Tom Ford party in London, Givenchy Beauty sponsored his showcase at Soho Revue and he has a video deal with Rolls-Royce for the release of a sonic film to follow for the track 'Janis'. Recent live performances include a show at London's The Curtain. Nik was also once the face of Jean Paul Gaultier is also an award-winning creative, designer and social activist.
Explore more: https://NEO10Y.SPACE