By Amanda 'MzOnPointPromo' Goldben April 17, 2018
Rising rapper Capi Cu makes a massive impact with a new trap anthem named "Gwalla", released via indie label AMG. The up-n-coming rhymespitter is ahead of his competition with his dynamic and unique sound and style. He perfectly proves that with his new single "Gwalla". The song is available for download on all digital platforms including iTunes, Amazon Music and Spotify and the blazing music video can be watched on YouTube. 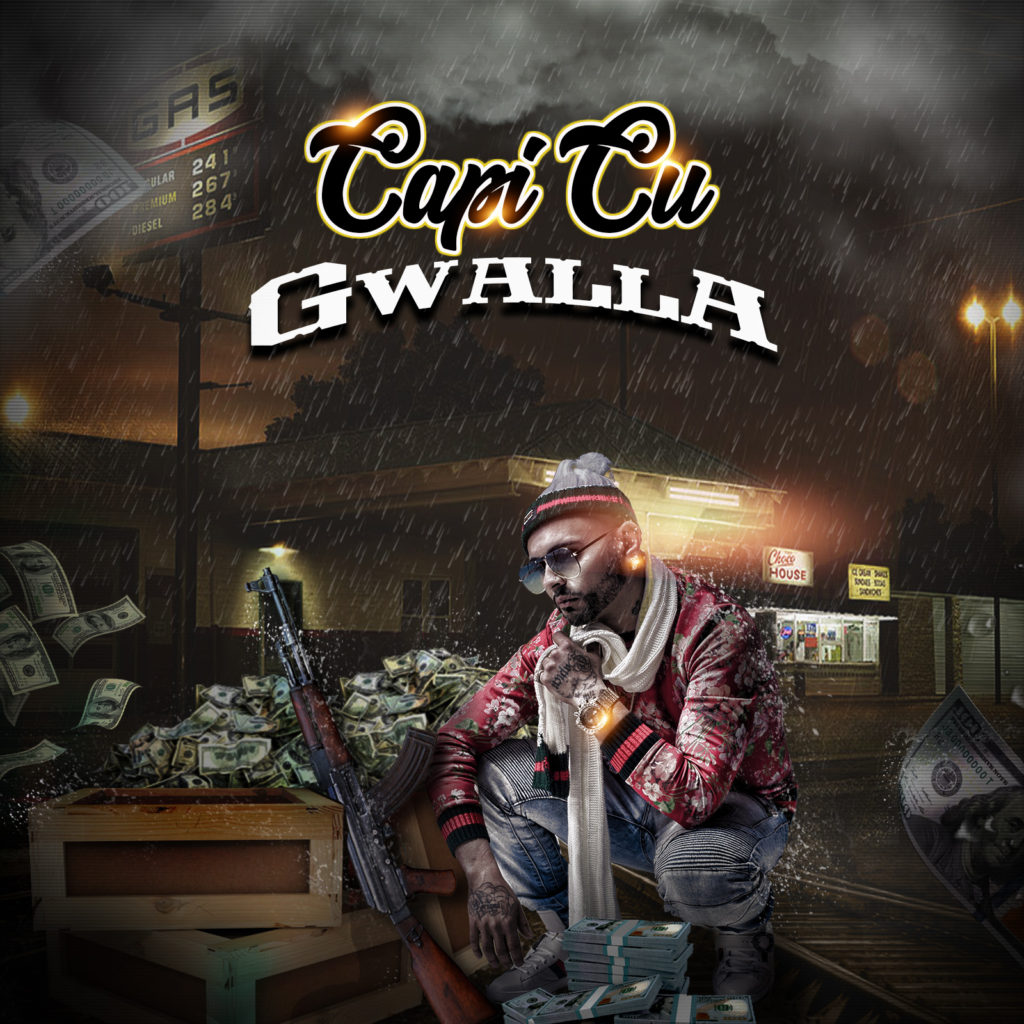 When talking about "Gwalla", the Puerto Rican American explains: "My single 'Gwalla' is a Latin trap/hip-hop song about getting to the money. It's a song about survival in these streets, drugs, and hustling from the perspective of a Puerto Rican American... Capi Cu also known as Papi Da Connect." With a style and delivery all his own, Capi Cu continues to craft complex, rewind-worthy rhymes that reveal increasingly clever wordplay upon repeat listens. He has the style, production and stage presence to captivate mainstream and radio audiences without sacrificing intelligence. Despite his present success, this ever-improving artist is hungry for more, spending hours on end in the studio up to seven days a week. He is constantly striving for harder-hitting punch lines and further development of his unique flow while keeping his eyes set firmly on Grammy heights. Fame, in fact, is a dream that Capi Cu said he dreams about nearly every day. It's a lifestyle that he says chose him, and he's getting closer and closer to realizing it as each day passes. In fact, his brand new single "Gwalla" is getting a lot of attention through Atlanta and the southern hemisphere so make no mistake to overlook this rising rapper!


Check out the single on iTunes & Apple Music HERE