By Breezy Says July 09, 2018
"Rodney King Got His Ass Beat and That Nia Aint Do Shit". This scathing yet powerful message reverberates immediately after the opening chorus as an immediate wake up. Right Off The Heals of his first Single Wash State Pops Jr. Keeps Delivering on his promise of comedic bars and straight talk from an almost prophetic perspective about America. 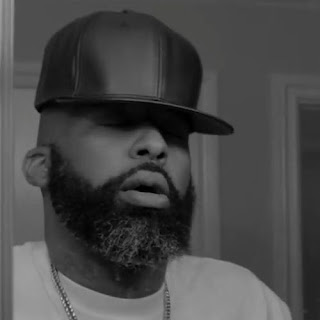 With a seemingly relentless coverage about police brutality, justice system reform, and of course.... Racism; What we have in a politically conscious hip hop song is Par for the course. However this time Pops Jr approaches these matters from a "what are you going to do about it" perspective. In simply eight bars of a simplistic rhyme scheme Pops Jr. calls out every single hypocrisy within the so called black community. From the onset of the first verse you hear three significant names in the discussion of political activism. And quite eloquently and yet at the same time so blatantly straight forward speaks on how inept the platform of protest has actually been. But it doesn't stop at the inefficiency of the voice of the so called black community. Pops Jr. also single-handedly dismantles the entire ideology of the nationalistic pride of the American Justice System. This song pulls no punches and is certainly not for someone looking to hold hands and hide within the safety of hypocrisy. When you play this song and watch the video with its rolling gray clouds in the back drop you immediately get the feeling there is a mirror pointing at you and you wont like what you see. "Ugly Ass America" a fitting title for the current energy being dispersed.
~G. Webb