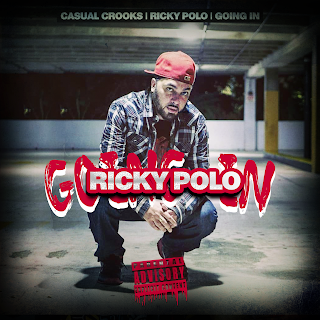 One-half of Casual Crooks, Ricky Polo showcases his recent work with the release of the official video for “Going In” – Directed and shot by none other than Nick Tyson of Stapled Sky Media Lab.
“This street influenced record serves as motivation for real go-getters as “Goin In” is much more than a title… it’s a way of living!” – @itzdraco