By Breezy Says November 29, 2019
Becoming a local star, the upcoming rapper blkkkGOD is releasing a brand new mixtape titled “Niggas Don’t Know How To Live Life So Ima Show You How,” careening onto the scene merging witty metaphors and an unmatched style.
Based in Pittsburg, the rapper started his buzz after the successful release of his debut mixtape titled “BlkkkMa$$” which debuted in 2017 exclusively on Soundcloud achieving over a quarter millions of streams so far.
Orlando Jerome Payton a.k.a. blkkkGOD was born in Las Vegas, but relocated himself to Pittsburg, California, to live with his grandmother where Orlando started and nurtured his writing superpower abilities. 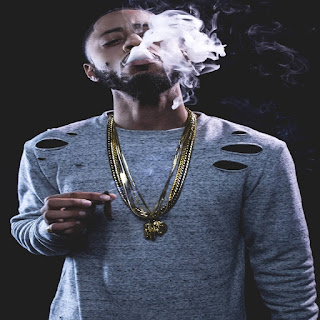 The rapper is currently traveling the world demoing new music and hinting at a new project.


For now, you guys can listen to his tape, follow him on social and stay tuned for more.
https://twitter.com/blkkkgod

Perfidia is one of the greatest love songs of all time and the newly released version "Perfidia Love" from Manatee Records featuring Chicago songstress "Cheri Janae" and rising reggae superstar "Teeardropz" have blasted the song out of musical proportionality. Perfidia Love is the lead off single from the "Perfidia Riddim" produced by Manatee Records with a much crossover feel of RnB/Reggae and Pop vibes to the sound. Click Here to Stream / Add to Spotify Playlists Click Here To Stream via ALL DIGITAL SITES Follow Cheri Janae: cherijanae Instagram: 1cherijanae https://www.facebook.com/cherijanae Reverbnation: https://www.reverbnation.com/cherijanae Spotify: https://open.spotify.com/artist/0vs7KsOVieOtI70HF2pcpN Follow Teeardropz: BoomPlay: https://www.boomplay.com/search/artist/Teeardropz Spotify: https://open.spotify.com/artist/3TYrz0kkhUmj6kZjJbD5En Instagram: teeardropzlifestyle Soundcloud: https://soundcloud.com
Read more