By Breezy Says January 10, 2020
Big Nic, now a local Arkansas artist, has just released the sequel to his previous mixtape The Difference. In it, you see the inner workings of his mind. Conflict between his inner personalities sets the plot for this project. To accompany such a ‘different’ story are a variety of unique beats(such as the R&B vibe beat of Nic Cage or the punk type beat of Nic Cannon) 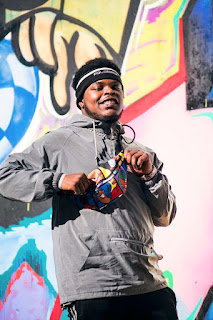 After Niccy Pooh gets rejected at the end of THE DIFFERENCE, The Don has taken the mic to let everyone know that we are no longer worried about fleeting relationships or anything that does not involve money(TD3). Shortly after, Niccy Pooh comes back into the scene with our friend Tremor J to let the girl know that even if she leaves him, she’ll always come back(Nic Cage). Nasty Nic proceeds to smash E(DNOB). She then lies on his name, causing Cin to confront Niccy Pooh because of his past mistakes(Nic Cannon). Lil Nic(with the accompany of Cin) disses the girl(Nic Nac), not knowing that Niccy Pooh has already fallen for another(Nicole). As Cin learns this, he is filled with (Nic Fury) and Nicholas hops on his first track, only to close it out. Niccy Pooh then gets the girl pregnant and starts thinking about their future(Nic Jr).
The Difference 2 is streaming on all major platforms!