By Bigga Rankin June 06, 2020
Rap is the sound of the youth, and Yung Global Kingz (formally known as Manni$h) is taking that message to heart. The sibling trio originally was born in Chattanooga, Tennessee, but currently find themselves immersed in the Atlanta scene. Ranging from 9 to 11 years old, the group is composed of Lil G, Vinny, and DJ; all who drew a great amount of inspiration from their parents. Their unwavering determination lets them move through the learning curves with ease as they develop a style all their own. While they can easily craft rap bangers they also mix in singing, dancing, and are even branching out into acting in recent months. Yung Global Kingz made their National TV debut appearance on the Steve Harvey Show in March 2018 and became a National sensation after their performances on FOX, Showtime At The Apollo,and performing on stage at the Peace and Justice Concert. They have already had the opportunity to perform with music royalty such as Stevie Wonder, Usher, The Roots, Dave Matthews and Kirk Franklin. They are constantly working towards their goals of expanding to the biggest stages with even bigger songs. Yung Global Kingz recently teamed up with rap superstar Ludacris and Kid Nation to launch a worldwide campaign showing kids how to stay clean & reinforcing hygiene. Their debut track "It's Up" takes their childlike energy and turns it up to 11 for an infectious banger that is sure to keep the summer hot! 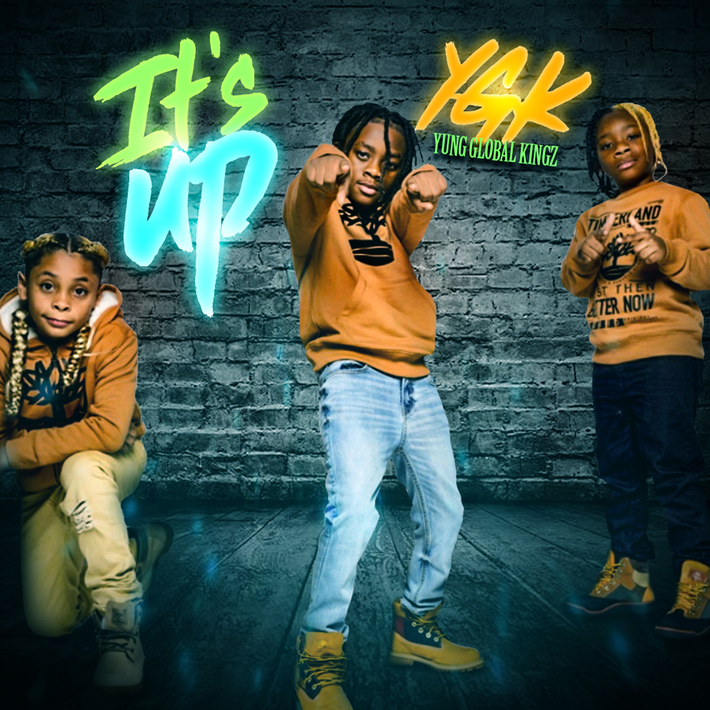