By Bigga Rankin August 16, 2020
3x Grammy-Nominated Artist, Songwriter, and Producer James Worthy is releasing a new single titled “Goldmine” featuring R&B Singer, J. Holiday. The single is slated to be released on August 8, 2020, and will be available on all major music streaming platforms. The single features the smooth vocals of R&B singer J. Holiday, who is best known for his chart-topping song “Bed.” James has collaborated with noteworthy artists such as Justin Bieber, T. Pain, Fetty Wap, Cee- Lo Green, Bobby Brown, and many more. Worthy has managed to transition his creativity and talent into television, with appearances on shows including Love and Hip Hop Atlanta, BET’s From The Bottom Up, Chrisley Knows Best, and Growing Up Hip Hop Atlanta. Both behind the soundboard and the mic, Worthy is truly a creative force to be reckoned with.
Coming off of the recent success of his sophomore EP, “Kaleidoscopes”, Co-Executive Produced by the legendary artist PM Dawn, Worthy brings us “Goldmine”. The sexy and seductive vocals heard in “Goldmine” are sure to captivate real R&B lovers, telling the story of the treasure found in a love interest. The anticipation of the release of this single has created an early buzz in the music industry via social media from artists such as West Coast rapper Kurupt, stating “the song is a classic.” 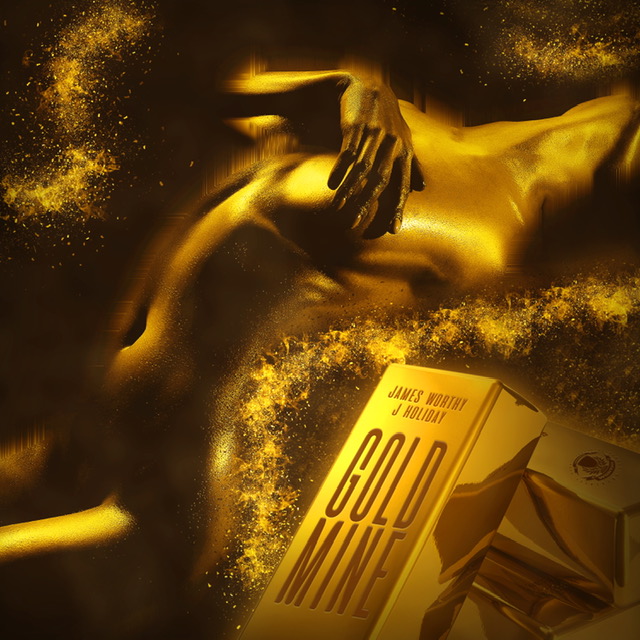