Showing posts from February, 2019
Show all

Who’s That Girl on those Billboard Around L.A.? It’s Ha Phuong, Vietnam Superstar & Philanthropist (Los Angeles) Vietnam superstar Ha Phuong, vocalist, actress and humanitarian, is now making herself known in America, focusing on Los Angeles, the melting pot for Asian talent. Ha Phuong has decided to throw up Billboards around Los Angeles, hoping you will take notice of her and wonder who she is. I’ll tell you who Ha Phuong is, she’s a superstar in parts of Asia, has just released a new single, “Memories of Love” coupled with the video. The video has already reached a stellar reception with 1 Million Viewers on YouTube. The song is a truly romantic song of a woman’s strength to live and love, and resolve to endure through troubled times. Yet another masterpiece from an artist of magnificent talent. Link to Video: https://youtu.be/21PsdYfPzXs Link to Song: https://soundcloud.com/mzonpointpromo/haphuongartist-memories-of-love-jay-salter-remix About Ha Phuong & Ha Phuong
Read more

Nique Got-It - Pray For Me (Video)

RockstarGod, born as Jordayne Fuller, is an independent artist from Ontario, Canada. He got into the rap game from being around family members including his older brother and cousins. "I always wanted to be a musician, since I was a kid it was the first and only job I ever wanted. My older brother and cousins would rap and helped me transition from being a listener of rap to a artist," said Rockstar. Being from Canada, Rockstar has a wide range of influences even outside of the rap genre itself. "My influences are Chief Keef, Lil B, Drake, and Juicewrld in rap/hip hop but I get most of my influences from music outside of the rap genre," said Rockstar. With his music, the emerging artist just wants people to connect with the emotions that he is conveying in the music that he makes. He wants his audience to feel something special when listening to his music. "I want the world to know I freestyle all of my songs and alot them are done in one take," said
Read more

Trap Beckham links up with Trina, Tokyo Jetz, and DJ Diggem for his latest record "Hit It". After the huge success he had with "Birthday Chick", Trap Beckham is ready to continue his movement with this follow-up, which is being described as the 2019 twerk anthem. For Drops email drop scripts to [TJ@TJsDJs.com](mailto:TJ@TJsDJs.com) !!! $2000 #HitItDJchallenge for the DJ that can break Hit It **Follow @TrapBeckham @TJsDJs for details ** Click [ Here ] To Stream/Download Connect w/ Trap Beckham: Website: http://www.TrapBeckham.com Twitter: @TrapBeckham Instagram: TrapBeckham Facebook: http://www.Facebook.com/TrapBeckham Snapchat: https://www.snapchat.com/add/TrapBeckham
Read more

Diamonique Jackson has an undeniable trademark vocal styling that is sure to captivate your ear. Her debut follow-up single, ‘Toast Up’, is true to the 90’s R&B sound fused with Neo Soul. ‘Toast Up’ is a feel good record that will definitely get it’s listeners in the mood to celebrate. Whether it’s Love, Life or any momentous occasion. No matter what your favorite genre of music is, when listening to ‘Toast Up’, you’ll agree that It’s catchy, it’s contagious, “IT’S A VIBE”. Check out the record on Spotify: https://open.spotify.com/album/2ODRuDObv0iHSTfAeZnzNv To Learn more about Diamonique Jackson, read bio here: https://www.songsourcemusic.com/diamonique-jackson Follow Diamonique Jackson on Instagram: diamoniquejackson SONG SOURCE MUSIC GROUP www.songsourcemusic.com
Read more

Brooklyn born and raised, but now residing in Phoenix, Dante “Dough Boyy” Campbell is an independent rap/hip-hop artist. With his following on the East coast he relocated to the West coast where he is now ready to begin his takeover. After a year of making contacts and performing in several local shows to get the Arizona music scene and culture familiar with his name and face, he’s got new music ready to come your way. He has been working tirelessly on his upcoming EP which will be titled “Coast to Coast” to keep the anticipation building for the release of his new project he is releasing a new single. The new single is titled “Nah Mean” and is now available across the internet on all digital music platforms. Apple Music, Spotify, iTunes, Google Play/YouTube, Amazon, Pandora, Deezer, Tidal, Napster, iHeartRadio, ClaroMusica, Saavn, Anghami, KKBox, MediaNet, etc. With this release and the mixtape soon to come, “Dough Boyy” will soon become a household name. Contact Info and Links:
Read more

Mr. Reeves - Dream of You (Single)

"DREAM OF YOU" a song dedicated to the one I dream of most & need so much. "DREAM OF YOU" one of the songs off New Jersey rap artist/ producer Mr. Reeves upcoming mixtape "SOUL SHOTS". Click [ Here ] To Stream via Soundcloud Continue the conversation at: Twitter: www.twitter.com/@MRREEVES1 Facebook: https://www.facebook.com/MrReevesonthebeat
Read more

FRAN¢ aka A.J. Francis is a former NFL player from Pioneer City, MD whose debut album “O.T.A” is approaching 2 million streams across all platforms. While currently training for a potential future with WWE, FRAN¢ is also making his sophomore album “Free Agent” which is set to release fall of 2019. Working with the likes of Rico Nasty & 3Oh Black, FRAN¢ is set to make major waves in 2019. The lead single off “Free Agent” is entitled “Heisenberg (Say My Name)” which is produced by Che Merk. FRAN¢ dons the single cover dressed as “Heisenberg” or Walter White’s alter ego in the hit show, Breaking Bad. One of Walter White’s, played by Bryan Cranston, famous lines from the show is “Say My Name” and FRAN¢ clearly plays off that in the song title, and in the hook. FRAN¢ mashes his rough raspy voice with his melodic singing to make “Heisenberg (Say My Name)” so audibly addicting.   Follow FRAN¢ on all social media: @AJFrancis410 Spotify: https://open.spotify.com/track/0tFOK2dSnMy9mLF4
Read more

Tam Luong - And I Love You So (Cover) 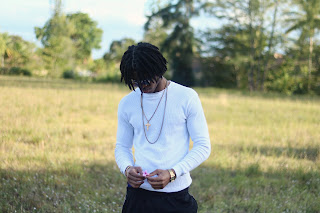 This is the official Mixtape Single for Mondell's upcoming project "Dreams To Reality" .. Hope y'all enjoy!! So much blood/sweat/tears were put into this music! IT'S HIS TIME!! Also available on iTunes & Spotify! Click [ Here ] To Stream via Soundcloud Continue the conversation: Instagram: https://www.instagram.com/therealmondell Twitter: https://twitter.com/Therealmondell
Read more

By Breezy Says February 11, 2019
The song "Coast" is new blend of Funk, R&B and Jazz just released by up and coming Smooth Jazz artist Rick Habana. This will be one of a few original songs coming out this year by the musician and music producer. His band has collaborated with an extremely talented young singer named Kahlil to release Rick's first single and video. The summer sounding song is inspired by travel and having a good time in life. Connect w/ Rick Habana: Website: rickhabanamusic.com Spotify: https://open.spotify.com/track/4tLwYxL9YuCsQvRCMvtuvL?si=oLLzntFNQ7uuNs6oTGVkcQ Instagram: www.instagram.com/rickhabana
Read more 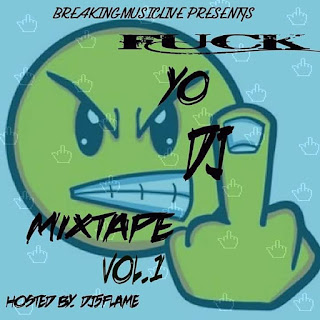 Alabama #1 Dj5flame is making a name for him self by releasing monthly mixtapes of various underground artists and playing the on his online radio station BreakingMusicLive WBML-DB Radio Click [ Here ] To Stream/Download via LiveMixtapes Follow DJ Flame on Twitter: @5flamebeats
Read more

[Mixtape] Behind The Frames 'Misinterpreted'

BTF aka BEHINDTHEFRAMES was born in New York and raised in Florida. During his earlier years, he fell in love with Rap. With a strong sense of self and pride, his presence gives a statement that you don't have to pretend to be something you're not to be a Rapper. Giving full respect and appreciation to all legends, for his storytelling flow is influenced from a wide range of Rap/HipHop classics; BTF strives to honor the genre by maintaining the genuine essence of it. In hopes of earning the respect from not only the game, but the artists of generations before. Being a private school student, he was surrounded by doubt; even within himself he began to question "How can I make this happen?". He was well aware of the obvious factors that were going to be against him. Studying the art form, he began to gain the drive to prove himself. Throughout high school he released tracks that started getting attention as he paved his own way. Looking up to other Rappers, BTF saw
Read more

Music has been with Andre Writer since his the days of his youth as he recorded his first single at the very young age of 5 called “Money Talks But It Don’t Walk”. The young musical prodeje’ continued towards his path by signing with Motown at the age of 14 as part of a musical act called “4U”. The San Fernando Valley, California native took an interest in songwriting and producing and in addition to making music for himself, he began helping local acts record their own demo’s. Education called and Andre put his music career on hold in order to obtain a Bachelor’s Degree in Mass Communications. Once he received his degree, Andre re embarked on his musical aspirations and soon found himself in the studio with the likes of Devante Swing, Naturi Naughton, Shorty Mack, and platinum recording artist Lil Zane – among many others. Andre’s music has also appeared on shows such as Kourtney & Khloe Take Miami, Bad Girls Club, and MTVʼs Real World: New Orleans. More recently, his singles “NM
Read more

Amplified by the reach of his self built company, O.M.G Entertainment, inc. "Keys To The M.O.E" lands off the heals of a highly polarized two years for the Baltimore artist Kilo M.O.E. This Small yet potent 8 track album is filled with piano riffs, chords, and a lot of organic warm sound. Clearly a diversion from his typical eclectic off tempo approach we've grown accustomed to (or tired of). Kilo M.O.E lays into these sometimes Jazzy riffs with a particular eloquence and growth that would appear to most whom haven't followed him over the years as a progressive stance in the genre hip hop. With production that tends to lead toward a great deal of west coast influence, Fatcat OGC opens the lane with his production on the self titled track Keys To The M.O.E. It's a very clear distinction from here on through the rest of the project that Kilo M.O.E intends on posturing a stance and bravado that is established and confident in a way we haven't seen him. ~G. Webb.
Read more
More posts